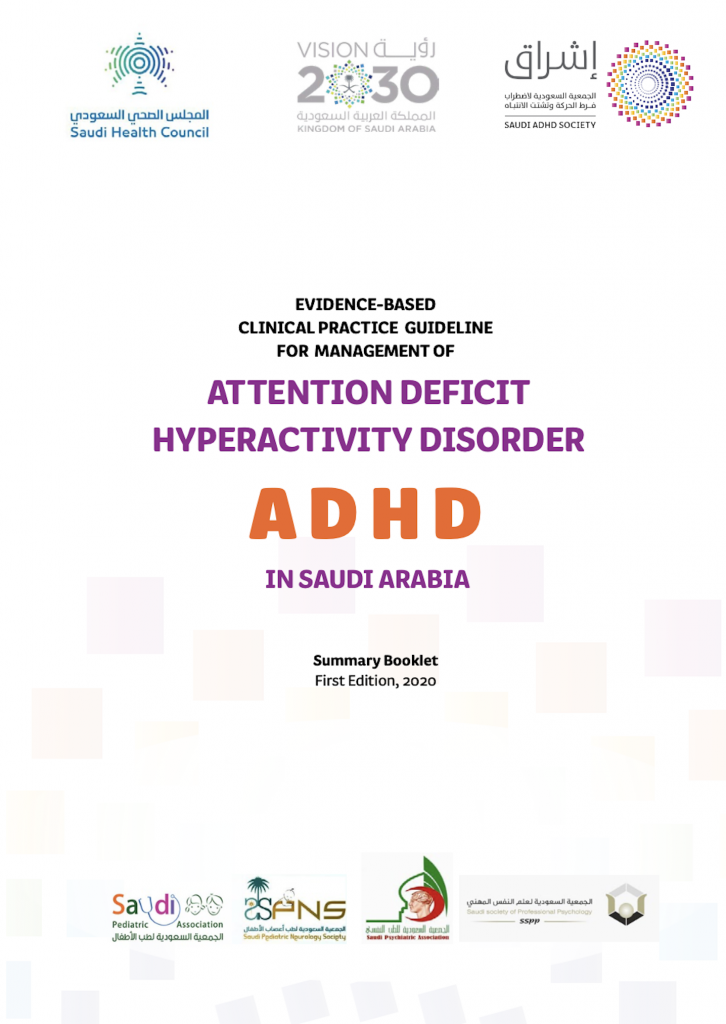 I had the privilege of project managing the creation of the first Clinical Practice Guideline (CPG) for the management of Attention Deficit Hyperactivity Disorder in the Kingdom of Saudi Arabia. This CPG was created by adapting the NICE ADHD guideline following the KSU-modified-ADAPTE methodology following its selection as the most suitable guideline using an AGREE-II critical appraisal.

This guideline was published in both Arabic and English and distributed free-of-charge on the ADHD CPG microsite of the Saudi ADHD Society.