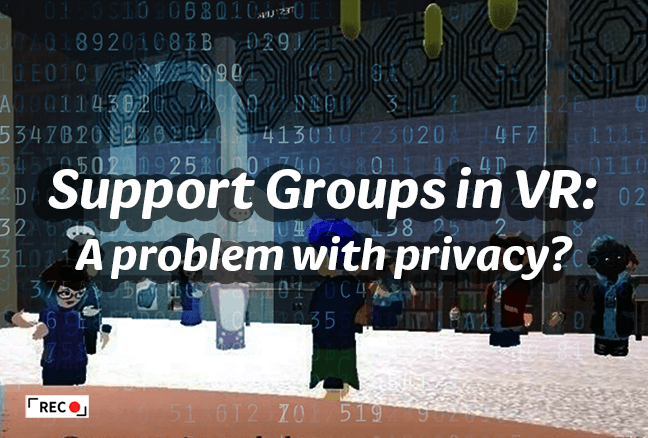 I’ve been pondering for a while whether there may be potential for running an ADHD Support Group using a social VR platform. Granted, the number of people who have access to VR headsets may still be fairly limited, but perhaps those who do would value the ease of access and relative anonymity that may be possible.

I wondered if anybody was already doing something like this, and came across a group on the AltspaceVR app with two recurring events, one called “Neurodiversity Lounge – ADHD” and the other called “ADHD Chat”, both with the tagline “A Safe and Friendly place to chat about life with ADHD”.

I must give them credit for including the following disclaimer on each event page:

Recording Disclaimer: By entering this event, you hereby irrevocably grant AltspaceVR and Microsoft and its affiliates, agents, and licensees, the right, but not the obligation, to photograph and record your avatar, likeness, voice, and/or username and to own, license, assign, and use the same (or any portion) in the production, exhibition, and promotion of the event, AltspaceVR or other Microsoft products and services without compensation, in any media and on any platform now known or hereafter devised (including the Internet) throughout the universe in perpetuity.  You waive the right to bring action of any kind in law or equity against Microsoft.

If you wish to not be recorded, simply leave the event. (But we hope you’ll stay!)

It goes without saying that patients participating in a support group need to feel like they are in a safe and private space where they can express themselves freely. Putting aside that certain VR headsets such as the Meta Quest (formerly known as the Oculus Quest) are owned by Facebook and require a Facebook account in order to use them, surely it should be possible to achieve a reasonable amount of privacy within a VR app, at the very least optionally at the level of the group admin or even at the level of the user.

As far as AltspaceVR is concerned, the above disclaimer (by the group admins) seems to imply that there is absolutely no privacy possible. Can the lack of privacy really be this bad on the Altspace platform? I decided to investigate.

This page mentions their use of personal data and the rules which govern their use. It has a section on Windows Mixed Reality, which focuses on their VR hardware, but nothing about VR software or AltspaceVR.

So let’s move on to the AltspaceVR Terms of Service / EULA. This is also on the Microsoft website, but this time there is a page specifically pertaining to AltspaceVR. I’ve clipped some of the relevant sections below:

…we may also record events that take place in meeting or event spaces on the Service that are accessible to all Users (defined below) (“Recordings”), which may include User Content.

5. User Content.
1. Definition. “User Content” means any content that Users Post on or to the Service including, without limitation, any text, photographs, sound recordings (and the musical works embodied therein), other audiovisual content, Personal Characteristics (defined below) and any other works subject to protection under the laws of the United States or any other jurisdiction, including, but not limited to, patent, trademark, trade secret, and/or copyright laws. “Personal Characteristics” means your likeness, name, voice, image, persona, and any other personal attributes that you provide or make available to AltVR in videos, audiovisual works, sound recordings and/or photographs. For the avoidance of doubt, User Content excludes any and all AltVR Content and Feedback (defined in Section 8 below).

3. Licenses to User Content.
1. License to AltVR. You hereby grant AltVR an unrestricted, assignable, sublicensable, revocable, royalty-free license throughout the universe to reproduce (including in timed relation to visual images), distribute, publicly display, communicate to the public, publicly perform (including by means of digital audio transmissions and on a through-to-the-audience basis), make available, create derivative works from, retransmit from External Sites, and otherwise exploit and use (collectively, “Use”) all User Content you Post on or to the Service by any means and through any media and formats now known or hereafter developed (and, for clarity and without limiting the preceding terms in this Section 5.c.i, with respect to Personal Recordings, as embodied in Live Streams and/or Recordings), for the purposes of (i) advertising, marketing, and promoting AltVR and the Service; (ii) displaying and sharing your User Content to other Users of the Service; and (iii) providing the Service as authorized by this EULA and conducting AltVR’s business. You must not Post any User Content on or through the Service or transmit to AltVR any User Content that you consider to be confidential or proprietary. Any User Content Posted by you on or to the Service or transmitted to AltVR will be considered non-confidential and non-proprietary, and treated as such by AltVR, and may be used by AltVR in accordance with this EULA without notice to you and without any liability to AltVR. For the avoidance of doubt, and by way of example and not limitation, the rights granted in the preceding sentences of this Section include, but are not limited to, the right to reproduce sound recordings (and make mechanical reproductions of the musical works embodied in such sound recordings), and publicly perform and communicate to the public sound recordings (and the musical works embodied therein), all on a royalty-free basis. This means that you are granting AltVR the right to Use your User Content without the obligation to pay royalties to any third party, including, but not limited to, a sound recording copyright owner (for example, a record label), a musical work copyright owner (for example, a music publisher), a performing rights organization (for example, ASCAP, BMI, SESAC, etc.) (a “PRO”), a sound recording PRO (for example, SoundExchange), any unions or guilds, and engineers, producers, or other royalty participants involved in the creation of any User Content.

7. Waiver of Rights to User Content. To the fullest extent permitted by law, by Posting User Content to the Service, you hereby (i) waive all rights to prior inspection or approval of any marketing or promotional materials related to such User Content; (ii) waive all rights of privacy, publicity, or any other rights of a similar nature in connection with your User Content, or any portion thereof (including, without limitation, with respect to any avatar you may use on the Service and any Live Streams and/or Recordings which may include your Personal Characteristics);

I think it’s fair to say in conclusion, that the support group’s disclaimer is both pertinent and accurate.

I feel that this lack of privacy is incompatible with conducting a support group using the AltspaceVR plaform. What remains to be seen is whether either other social VR apps such as VR Chat or other more business-oriented meeting VR apps have less intrusive policies which would make them better options for conducting support groups.